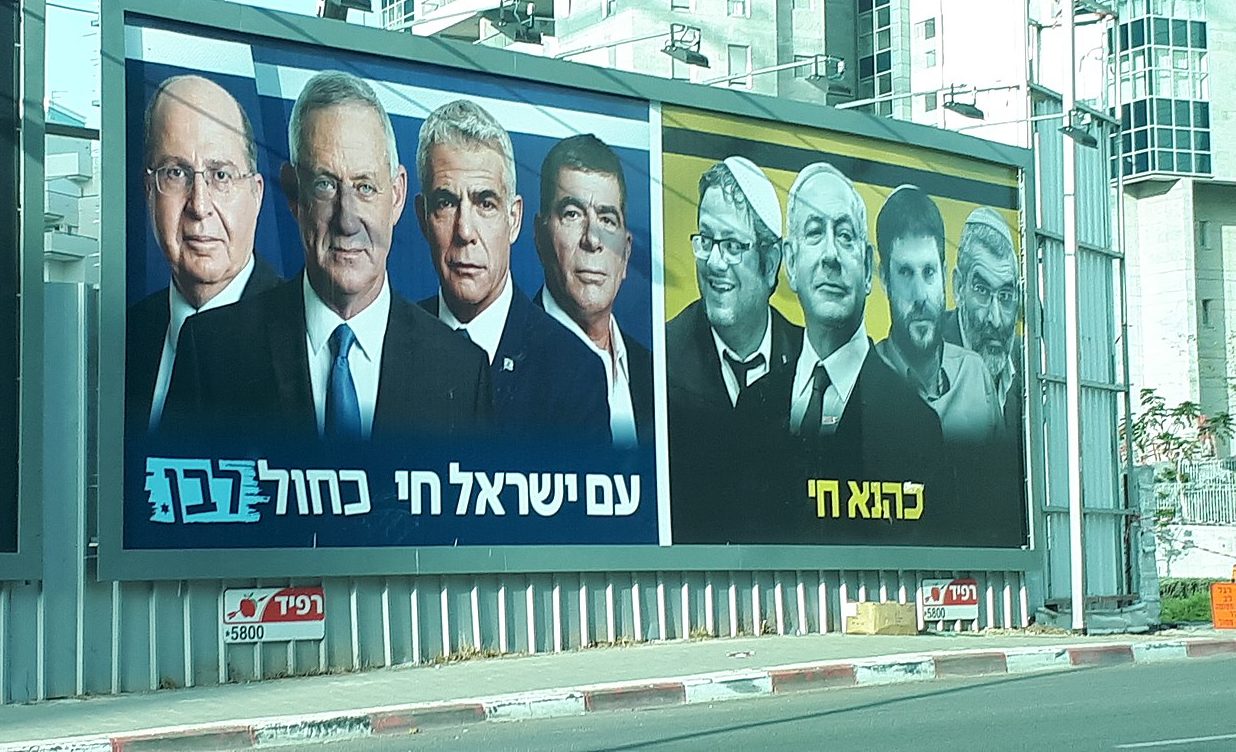 After the publication of the final results of the Israeli parliamentary elections, Benjamin Netanyahu, the incumbent, emerges as the winner of the April 9 polls. The Prime Minister, who is going to be indicted for different corruption charges by the Israeli Attorney General Avichai Mendelblit, put himself at the center of the electoral campaign. The strategy, though risky, eventually paid off. If Netanyahu had been defeated, he would have had only himself to blame.

The Prime Minister had personalised to the extreme the electoral campaign of his party, the right-wing Likud. Thus, the results of the elections (36 seats for Netanyahu’s Likud and 35 seats for Gantz’s Blue and White) do not only strengthen Netanyahu’s position in the Israeli politic scene. They also perpetuate its clear dominance of the Likud’s party machinery. Netanyahu has now an easy path ahead to renew his premiership. On the contrary, Gantz has no chance to become the next Prime Minister.

The Israeli electoral system, which establishes at 3.25% of the total votes the threshold to enter the Knesset (the Israeli parliament) favors electoral fragmentation. Besides the Likud and Blue and White, nine other political parties will enter the Knesset after the elections. Among these parties, five political groups are ready to join a government coalition led by the Likud. This will make it possible for Netanyahu to enjoy a parliamentary majority to form the new government.

If we take into consideration the usual fragmentation of the Israeli political map, we see that the 2019 elections are a strange case when compared with other recent elections. Even though the number of parties able to enter the Knesset did not vary from other occasions, the winner has been able to obtain an unusually large share of the seats.

Even more surprising, the second most voted party (Blue and White) would have won all the last four elections after gaining 35 seats. The consequence of such an agglutination of the vote without a fall in the number of political groups present in the Knesset is a new parliament where nine out of the eleven parties have between eight and four MKs (Members of the Knesset). 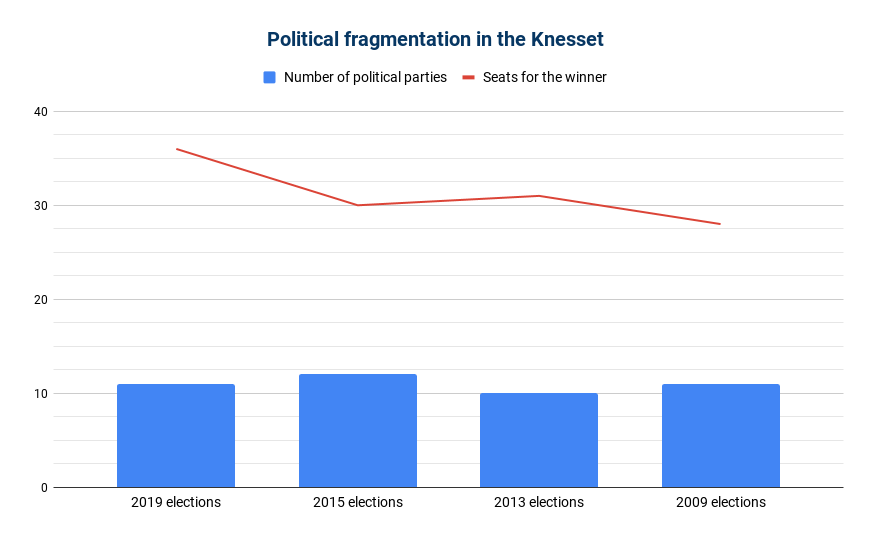 THE POLLS GOT IT RIGHT… ALMOST

The work of a pollster is a very ingrate one. If the final results of an election do not contradict pre-electoral and exit polls, the pollster receives little praise. If the contrary happens and the polls prove to be wrong, those responsible for the polling process will be the object of disdain and anger.

The Israeli elections were especially difficult to predict. The strong emergence of a new political force like Blue and White and the possibility of Shy Likudism (see an article dealing with the issue here) after it was announced that Netanyahu would be indicted were only two of the factors complicating the work of the pollsters.

Despite the difficulties, the polls almost got it right. During the month of April, they had forecast that Gantz and Netanyahu were neck and neck. As it turned out, they were totally accurate on this. The main mistake, present in all the twelve different polls released in April, was to predict that the New Right and Zehut would pass the 3.25% threshold. Taking into account that the average of the April polls gave them less than 6 seats in the Knesset, the error was well within the realm of the acceptable.

The consequence of the fact that the New Right and Zehut did not enter the Knesset was a boost to the number of seats gained by the parties that received more than 3.25% of the total votes. Thus, most of these parties ended up with more MKs than it was initially forecast.

The exit polls were even more accurate. If we consider the average of the polls released at election night by Channel 11, 12 and 13 we see that they predicted a close race between Gantz and Netanyahu around the 35 MKs mark. Moreover, they anticipated that the New Right and Zehut would not overcome the 3.25% minimum. 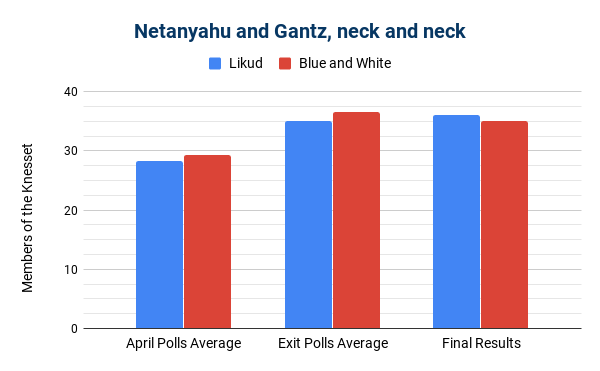 Prior to the election day, it seemed clear that Blue and White would need to have an extraordinary electoral performance to enjoy a chance to lead the new Israeli government. Eventually, this did not happen to be so difficult. But there was something more complicated than this; achieving a great result without adversely affecting the number of votes received by the Labor Party and, to a lesser extent, Meretz.

These two parties were the potential allies of Blue and White in a future government coalition, with the possibility/necessity of incorporating the centrist Kulanu, which had been part of the outgoing Netanyahu’s government. Before the elections, Kulanu’s leaders had not discarded entering a Gantz-led government. Whereas Meretz moved from 5 seats to 4 seats, Kulanu and the Labor Party were the ones suffering the biggest loses.

Meretz was not competing for the political space of Blue and White, but Kulanu and the Labor Party were. Their electoral debacle was Blue and White’s success, which turned out to be of a bitter kind since a government alliance was impossible. The Labor Party, which had received 18 mandates in 2015, will only have 6 MKs in the Knesset now. At the same time, Kulanu gained 4 mandates on this occasion, 6 seats less than in 2015. 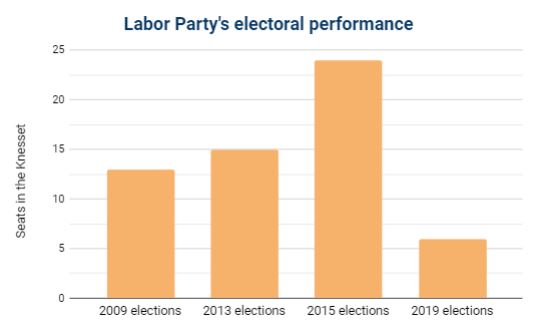 Benjamin Netanyahu will have to face criminal charges soon and his premiership might be put at risk as a consequence. Nevertheless, he is most likely to surpass David Ben-Gurion as the longest serving Israeli Prime Minister. Ben-Gurion, the first person to hold the position of Prime Minister of Israel, led the country for 13 years and 127 days.

He served in two different terms, as it has been the case of Netanyahu, who had a first period as Prime Minister between 1996 and 1999. The current Prime Minister has been in power for 13 years and 29 days. Although Ben-Gurion was in great part responsible for the policy of ethnic cleansing against the Palestinians that took place before and after the Israeli declaration of independence (as historian Ilan Pappé among others has documented), he is generally revered in Israel nowadays.

The same cannot be said of Netanyahu, who is a very divisive figure. He certainly has a considerable support base, though at the same time Liberal Zionists accuse him of eroding Israeli democratic institutions. Netanyahu will fight to the very end to avoid going to prison as was the case of former Primer Minister Ehud Olmert. Morever, he promised to annex the West Bank if reelected. Taking this into consideration, it seems that the near future will be dominated by even further polarization within Israel and between Tel Aviv and the rest of the world. 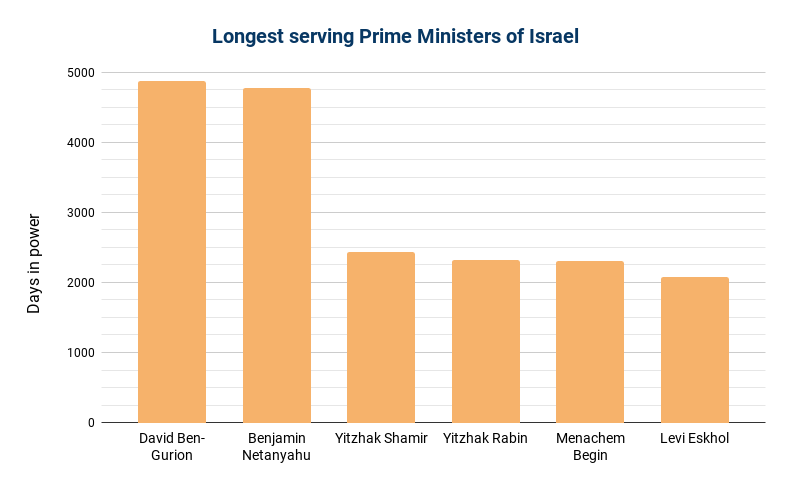