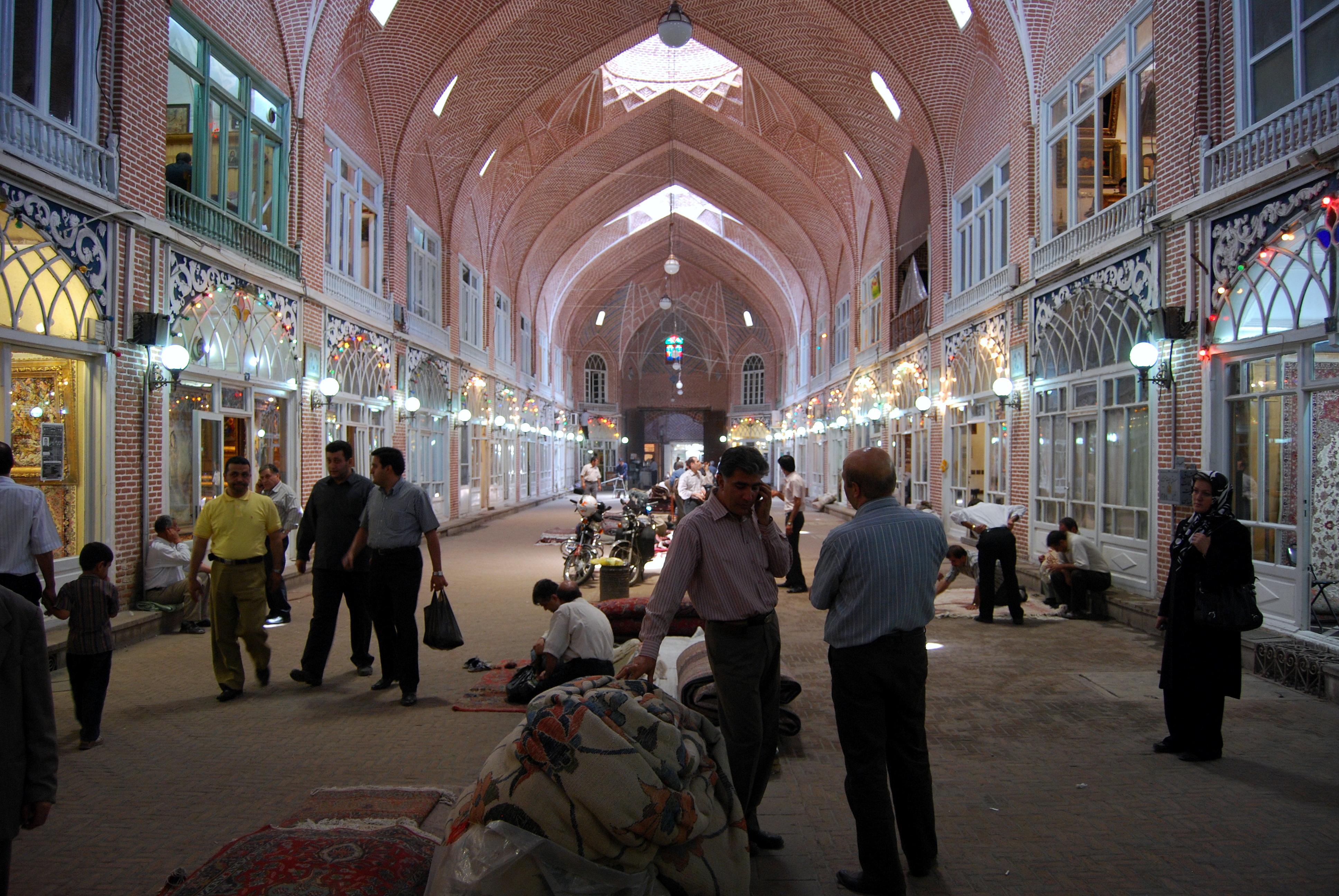 Abbas Amanat is an authority in the field of Iranian historiography. A Professor at Yale University, his published work is as extensive as his experience, having been the editor-in-chief of the Iranian Studies journal. Amanat’s latest book, “Iran: A Modern History”, will certainly contribute to cement his already outstanding reputation. The 900-page long book will most likely become a reference for those seeking to understand the history of Iran, a country that has shaped and continues to shape the world.

So as to start, it is important to note that “Iran: A Modern History” is not to be understood as an introduction to Iranian history, as the length of the book already suggests. For those wishing to approach the topic for the first time, “Iran: Empire of the Mind”, written by the late Exeter University Professor Michael Axworthy, would certainly be a better choice. One of the strengths of the book is the ability of the author to look at Iranian history through different lens. Architecture, literature, sociology, economics (just to name a few) find their place in Amanat’s work. Thus, the book goes far beyond other historical accounts in which political and military analysis are deemed to be more than enough to understand a country. The approach taken by Abbas Amanat is holistic, and this gives a special richness to his work. The chronological description of events is sometimes left aside to describe the system of ownership of the land at a specific time or the poetry of the period.

In fact, Amanat seems at times to be imbued with the poetic qualities of Ferdowsi or Hafez. When describing the death of Naser al-Din Shah, ten years before the advent of the Constitutional Revolution (1906-1911), the first democratic experience in Iranian history, Amanat writes; “The bullet that killed the shah heralded the end of an era, a half a century of relative constancy” (p.312). Although the book covers the period ranging from the accession of Ismail I to the throne of Persia in 1501 to the Green Revolution in 2009, around two thirds of the book are allocated to the twentieth century. Moreover, the period after the death of Ayatollah Khomeini in 1989 is dealt with in a very brief way. After all, Abbas Amanat is a historian and he appears to be more comfortable when there is a certain chronological detachment from his object of study.

It is noteworthy that Amanat characterizes the Islamic Republic as “totalitarian” and the Pahlavi period as “authoritarian”. The adequacy of this categorization is a relevant subject for academic discussion. To read a very different assessment we can resort to the work of another notable Iranian historian, Ervand Abrahamian. He argues that in 1975 the Shah’s intention was to create a “fascist-style totalitarian regime” to survive in power. Amanat would surely not agree. Although Amanat does not mount a full-scale attack on the figure of the last Shah, in “Iran: A Modern History” we read a portrayal of Reza Pahlavi far different from the one we can find in, among others, “The Fall of Heaven: The Pahlavis and the Final Days of Imperial Iran”. This book by Andrew Scott Cooper, published quite recently (2016), could be described as an often embarrassing ode to the Shah. That there is a clear lack of rigor behind Scott Cooper’s work appears as an evidence. On the contrary, one of the best aspects of Amanat’s book is that it is as objective as social sciences can aspire to be.

If we are to highlight a negative aspect of “Iran: A Modern History”, this would be that there are some grammar and spelling mistakes throughout the text. Despite this minor issue, which most likely will be corrected in coming editions, we can state that the book reviewed here has a deserved place in the syllabus of university courses dealing with Iranian history. This is nothing but fair for a master work on the subject.

“Iran: A Modern History”, A History of the Present?

The French philosopher Michel Foucault introduced the subversive concept of the “history of the present”. His aim was not to find old phenomena with the same social meaning they have today. On the contrary, the objective is to deal with a question posed in the present by looking at its genealogy, by going back to the past. “A History of Modern Iran”, perhaps with the exception of the last chapter and the epilogue, is far from taking this genealogical approach. However, this does not preclude such a reading by those who approach Amanat’s work. We will analyse here the tensions between center and periphery that reproduce themselves in Iranian history. Center (also referred to as core) and periphery are terms used very frequently in some academic fields, such as in development economics. The central state structure very often has different economic and political priorities from those of the periphery, especially those of its elites. These center vs periphery tensions are in constant change, but at the same time they have a specific genealogy.

Abbas Amanat’s book gives us a precious opportunity to go back in time and analyse these diverging interests in the Iranian context. When describing pre-Safavid Persia, the Iranian professor writes that “by allowing oversight through princely rule or other agencies (…), and using the dual means of persuasion and punishment, the state held sway over the geographical periphery” (p.9). In the following centuries, and specially with the introduction of modern forms of transportation and communication, the center was able to progressively restrain the autonomy of peripheral regions. A case in point was the rise of Reza Khan after the First World War, which was shaped in an important way by his ability to curtail tribal insurrection and banditry in the post-war context. Amanat refers to this reality by saying that Reza Khan “pacified the countryside with ruthless efficiency” (p.423). Nonetheless, the gap between the centre and the periphery has never been closed.

The protests that erupted in Iran in December 2017, the largest since the Green Revolution in 2009, can be seen as proof of this reality. The protests originated in Mashhad, the capital of the Razavi Khorasan province, which was once a Ahmadinejad stronghold. Interestingly, Ebrahim Raisi, who lost clearly to Rouhani in the 2017 Presidential Elections but got the majority of the votes in Razavi Khorasan and its neighboring provinces, was born in Mashhad. He had been running the powerful Astan Quds Razavi bonyad (foundation) located in this north-eastern Iranian city until he was recently appointed Chief Justice of Iran. Raisi campaigned on the maintenance of cash subsidies for the Iranian poor, a legacy of Ahmadinejad’s tenure. Mashhad and its environs are among the poorest regions of Iran, and many of those living there benefit from cash handouts.

The restriction on this form of economic aid in the national budget for 2018 announced in late 2017 is seen as one of the main reasons for the eruption of the December 2017 protests. The fact that protests quickly spread to cities where most of the population is non-Persian (Tabriz or Kermanshah) supports the idea that peripheral demands, framed both as economic and ethnic grievances, are an important factor to understand this round of protests. This is not to deny the existence of other drivers behind this popular discontentment, such as disenchantment with Iranian Foreign Policy. However, political analysts in the United States flirting with regime change in Iran tended to focus too much on this dimension for partisan reasons.

The economic benefits Iran was entitled to after signing the Joint Comprehensive Plan of Action (JCPOA), the Iranian nuclear deal, have never materialized in full. The span of time between the implementation of the agreement and Trump’s election was shorter than one year. While Trump did not decide to violate the JCPOA until May 2018, he had already promised to kill the deal well in advance, creating a climate of uncertainty. In the current situation, the European Union is trying to do its best to keep Iran within the JCPOA, although Brussels’ power is ultimately limited. Political reformist Iranian circles had hoped Iran would benefit significantly in economic terms from the JCPOA. Now this looks less likely to happen, and in any case, new wealth would not probably trickle down to the Iranian periphery. Whereas this is not a strong enough argument to sustain that the Islamic Republic will crumble soon, peripheral grievances might fuel considerable unrest for years to come.