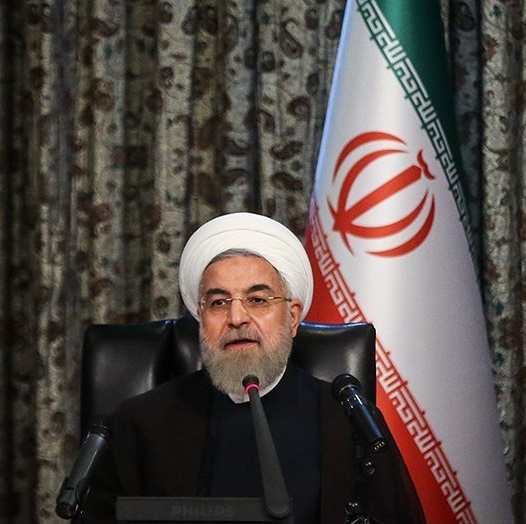 Iran’s former justice minister, Mostafa Pourmohammadi, was quoted in late October 2016 as saying; “These last years, the quantity of executions has not been effective. As a result, there must be a revision of the death penalty law”. It was not the first time an important member of the Iranian bureaucracy expressed this same opinion. However, a senior official using these terms was worth some consideration and his words appeared in Western media.

In terms of total number of executions, and always relying on Amnesty International as a source, China was the first in 2017. What makes the Iranian death penalty policy especially relevant is that the Islamic Republic of Iran has been following China in the gruesome ranking of executions for many years. Thus, any change promoted by the Tehran government can have a huge impact in the global situation of the death penalty. What generates special controversy about the capital punishment in Iran is not so much the fact that it is legal – there were legal executions in 23 different countries in 2016 and 2017 – but its scope, as it is applied to minors and drug-offenders – this last group making up the bulk of those in the death row -. Drug-related crimes are very harshly punished in Iran, and this fact appears repeatedly in Western media. What is usually missing in these accounts is that the country is located in a major drug trade route connecting Afghanistan to Europe. Although this specific reality does not legitimize the treatment of drug-offenders, it is worth mentioning for a proper contextualization.

Moreover, it is also a common belief that in the Persian-majority country ethnic minorities – Arabs, Kurds, Azeris or others – and political activists are specially targeted if they are deemed a menace for the government. As proof of this first reality, we see that in the regions of Iran where minorities are more present almost all executions are carried out in secret. Concerning the targeting of political activism, the execution of people like Mansour Arvand, who was not accused of any act of violence but of belonging to the Kurdistan Democratic Party of Iran, shows how capital punishment is used as a political tool.

Some people, both within and outside Iran, might have felt disappointed when considering that after Hassan Rouhani’s election as President of the Islamic Republic of Iran, executions went through a 43% increase. Rouhani presented himself as a reformer and it was as such that he was elected in June 2013. His calmed appearance was a clear contrast to Mahmoud Ahmadinejad, who had been the President of Iran in the 2005-2013 period.

Rouhani’s reformist proposals targeted problems such as economic inefficiency – inflation, cronyism… – and international isolation, but also human rights abuses. The approval of the Joint Comprehensive Plan of Action (JCPOA) in July 2015 – the Iran nuclear deal – , which entered into force in January 2016, has been the greatest achievement of the Rouhani administration. However, Donald Trump’s decision to violate the agreement and the contempt of an important part of the international community about Tehran’s regional policy jeopardize the renewed relations of Iran with the world after years of crippling sanctions. The only silver lining of this new situation is that, as the US never lifted all the nuclear-related economic sanctions it was due under the JCPOA, the re-imposition of sanction will be less harsh.

Hassan Rouhani revalidated its mandate in May 2017, and will leave office in 2021. The Iranian constitution does not allow the President to be in power for more than two consecutive terms. Thus, Rouhani has ahead of him three years that will define his legacy. Coming back to the issue of death penalty in Iran during Rouhani’s period in power, Amnesty International figures show that the number of executions have decreased around 50% from 2015 to 2017. This contrasts sharply with the initial increase we have referred to above.

It is important to consider how the political system of the Islamic Republic works before deciding if Rouhani could have done more in Human Rights issues and more specifically, regarding the death penalty. Although it is sometimes forgotten, the power of the President of Iran is quite limited as he is always under the umbrella of the Supreme Leader. Moreover, the President of Iran has to deal with other power centers such as the intelligence-security apparatus, the Guardian Council, the Assembly of Experts, the Parliament – Majlis- , the Iranian Revolutionary Guards Corps or the judiciary. Among all these institutions, Rouhani can only rely on the Majlis and the Assembly of Experts, and only since the February 2016 legislative elections.

When considering Iran’s death penalty application, we have to bear in mind that it is the judiciary which issues and implements death sentences. Change has arisen from the Majlis, which introduced in 2017 a bill that abolished the death penalty for drug smugglers. This policy was accepted by the very conservative judiciary in January 2018. The chronology of events makes it impossible to establish a direct correlation between the bill and the decrease in executions between 2015 and 2017. This positive change could be ascribed to the winds of change brought by the JCPOA and the 2016 legislative elections, but further research is badly needed.

Hassan Rouhani has not taken a central role in defining the death penalty policy of the Islamic Republic of Iran. At least two different narratives can be presented to explain this:

1) The first explanation follows the line of the NGO Iran Human Rights. In their 2015 report on death penalty, the fact that in certain occasions Rouhani has defended the high number of executions is presented as proof that he agrees with this reality. For them, it is not that Rouhani is trying to apply step-by-step changes and being realistic about his limited power but that he has failed to those who voted him wanting real change. An argument to defend this position is the fact that Rouhani has made no decisive step, in opposition to what he promised, to secure the freedom of Mir-Hossein Mousavi and Mehdi Karroubi, presidential candidates in the 2009 election that was allegedly stolen by Mahmoud Ahmadinejad. Mousavi and Karroubi were two of the leaders of the Green Movement protesting Ahmadinejad’s second election and were put under house arrest in February 2011, when they supported publicly the Arab Spring.

2) The second explanation, which we support here, is that, although the Iranian President can issue executive orders, Rouhani is a pragmatist and is very aware that his political capital is not unlimited. The current President of Iran can be seen as a modern Bismarck, as a new exponent of realpolitik. He is often presented as someone knowing the limits of his power and very conscious that introducing rapid changes in the Iranian polity would result in a conservative backlash that could undo all the progress. Thus, he is said to have been focused on the nuclear negotiations and the establishment of broader ties in the international arena out of the conviction that he can not introduce many different changes in many different spheres at the same time. If he tried to, so goes the argument, his chances of real success would be close to zero.

The next three years of Rouhani’s second tenure will help us navigate between these two major narratives identified here. It is evident that approaches different from the ones we have mentioned might prove more helpful to understand the recent past and, as a consequence, the near future.