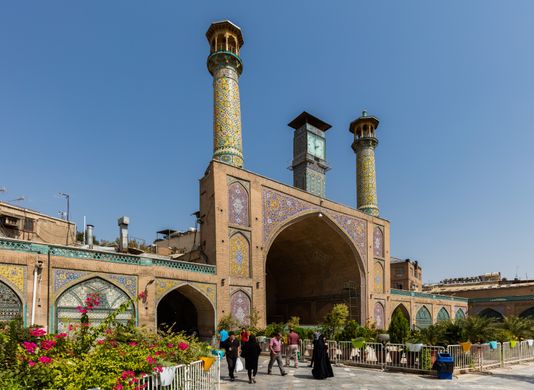 Medea Benjamin is the celebrated author of “Drone Warfare: Killing by Remote Control”. The book, published in 2013, included numerous proof that Barack Obama’s Middle East policy was not a clear break from the Bush years but a continuation of similar policies by other means. One of the new tools that gained importance during the Obama presidency was the drone, as Benjamin’s impressive research clearly showed.

Five years later, and after writing “Kingdom of the Unjust: Behind the US-Saudi Connection” (2016) in-between, Medea Benjamin has published “Inside Iran: The Real History and Politics of the Islamic Republic of Iran”. This new book might come as a disappointment for those who, like this author, expected something as brilliant as “Drone Warfare”. Nonetheless, it would be unfair to overlook that “Inside Iran” raises some issues with a very important relevance in the current context. The fact that the book covers the period until January 2018 surely contributes to this.

At the same time, it is important to make clear that “Inside Iran” is not a scholarly work but an introduction to the history of the Islamic Republic of Iran and the current debates surrounding the country nowadays. This can be seen in the type of sources Benjamin resorts to. She relies very much on Western media websites and seems not to have been helped by any Farsi speaker to delve into Iranian sources. Different reports by NGOs such as Human Rights Watch or Amnesty international have also an important role. This is nothing but surprising if we take into account Benjamin’s activist background (she was a Green Party candidate in California and a co-founder of the grassroots movement Code Pink: Women for Peace).

One of the main strengths of the book is the cohabitation of a critical stance towards the situation of human rights in Iran and a strong opposition to Saudi, American or Israeli foreign policy towards Tehran. Benjamin’s narrative rarely falls into contradiction, at least in this dimension. 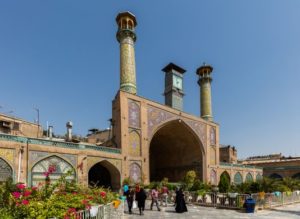 When analyzing the weaknesses of the book, one of these is its structure. There are many sub-sections in every chapter and some of them have an extension of less than one page. The fluidity of the narrative is severely compromised by this fact, and some sub-sections simply do not make any sense. A case-in-point can be found in Chapter 5, which deals with religion in Iran. In this chapter, one of the headers reads; “Are there any Atheists in Iran?”.

Despite its flaws, “Inside Iran” is the kind of book Donald Trump should read if he was able to pay attention to a paper for some time, if he wanted to see beyond the “malign” nature of the Iranian regime, if he did not fear to realize that reality is not black and white. But these are three big “if”.

Title: Inside Iran: The Real History and Politics of the Islamic Republic