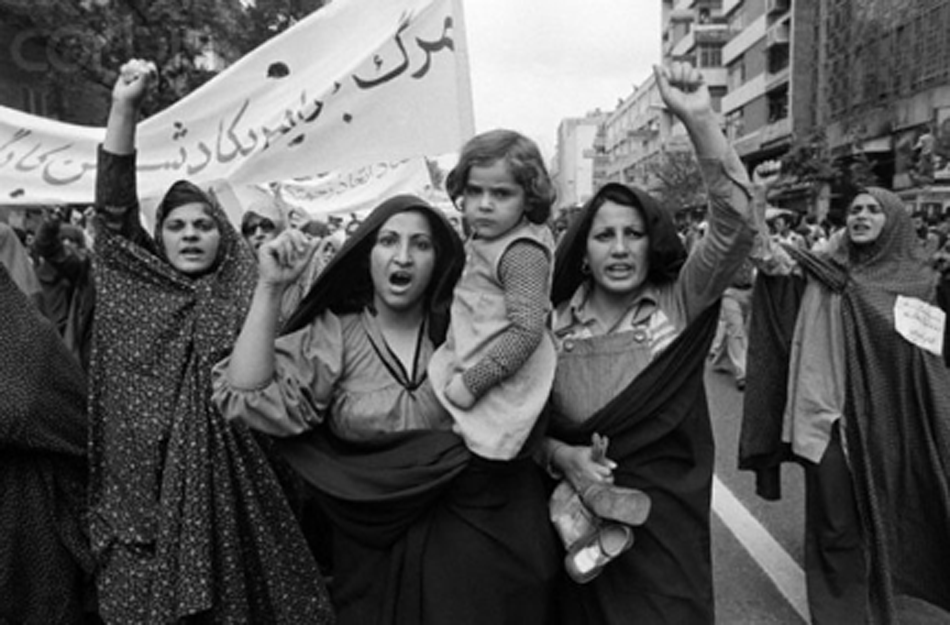 Exactly forty years ago, on March 14, 1979, the American feminist Kate Millet and her partner, the Canadian journalist Sophie Keir, did not know yet that they were about to be deported from Iran. They would be aware of this the following day, when the deputy prime minister of the Iranian interim government, Abbas Amir-Entezam, held a press conference and announced Millet’s expulsion.

By the time Millet and Keir arrived to Tehran on March 5, 1979, Kate Millet was already a personality. His book “Sexual Politics”, published in 1970, was described by the New York Times as “the Bible of Women’s Liberation”. TIME would call her the “high priestess” of women’s lib and she would appear on the cover of the famous magazine. However, as Associate Professor at Texas A&M University Kristan Poirot notes, Millett was soon abandoned by the mainstream media and part of the feminist movement after announcing she was a lesbian.

It was Millett’s feminist militancy that led her to Iran just two months after the Iranian Revolution had forced the Shah to leave Iran, paving the way for the return of Ayatollah Khomeini after 15 years of exile. The American activist had been involved in the efforts carried out from the United States to denounce Reza Shah Pahlavi’s repressive regime. As another intellectual giant such as Bertrand Russell had done, Millett spoke out about the awful treatment of dissenters in the Shah’s prisons.

The American feminist welcomed the arrival of the Iranian Revolution. Nonetheless, the women who had made the revolution soon started to see some of their rights jeopardized by the rising power of Khomeini and his followers. After her arrival to Tehran, Millett joined Iranian women in marking International Women’s Day and was present in multiple demonstration. She had the opportunity to get to know better the Iranian feminist movement.

Negar Mottahedeh, Associate Professor of Literature at Duke University, could not have found a better moment for the publication of her latest book, “Whisper Tapes: Kate Millett in Iran”. Her work makes a significant contribution to the current discussion around the 40th anniversary of the Islamic Republic and, more specifically, to the debate on women’s rights in modern Iran.*

Mottahedeh’s book covers only 15 days of March 1979, the time Millett and Keir spent in Tehran. However, the snapshot of such a specific moment and experience is useful to understand year-long trends. Millett was open to approach a new culture and knew far more about Iran than the average American citizen. This did not avoid Millett experiencing some of the difficulties that haunted and continue to haunt US-Iran relations. On the one hand, the American feminist was occasionally seen with contempt because of her nationality. On the other hand, she had trouble trying to convince American media covering Iran that there was much more to focus on than the so-called “oil story”.

Mottahedeh structures her book in 32 entries following the 32 letters of the Persian alphabet. Each chapter is headed by a word in Persian that begins with each of the 32 letters. This gives a certain poetic flavor to “Whisper Tapes”, which contains two stories enmeshed with the always broader history. These two stories have at their center two women, Kate Millett and Negar Mottahedeh. The first one takes place in Iran, in the furor of a country having experienced deep changes in a short period of time. The second one develops in the United States almost four decades afterwards and is more calm.

This second story is in fact a journey of discovery, in which Mottahedeh listens to the cassettes recorded by Millett in Iran (the whisper tapes) recounting her experience. The Iranian professor reconstructs Millett’s period in Tehran by reading her book on that period, “Going to Iran”, and consulting the available footage of those days. But most importantly, Mottahedeh translates the Iranian voices recorded in the whisper tapes that Millett could never understand because she did not know Persian.

Furthermore, by contextualizing Millett’s experience within the broader historical moment Iran was going through at that time, Mottahedeh fills the gap between Millett’s story and history. The power of a story lays in its personal character. The power of history resides in its capacity to encompass many different aspects. “Whisper Tapes” is a combination of both.

Roya Hakakian, “The Flame of Feminism Is Alive in Iran”, Foreign Policy, March 7, 2019.