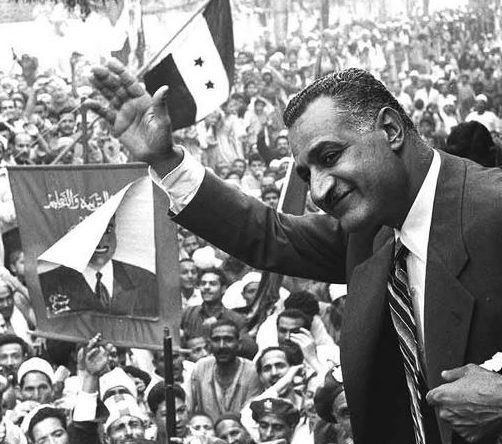 “Making the Arab World” is a superb dual biography of two of the key figures of twentieth-century Egyptian history, Gamal Abdel Nasser and Sayyid Qutb. At the same time, however, the book written by Fawaz A. Gerges is much more than this. In his work, the Lebanese-American scholar recounts the evolution of Egypt before Nasser and Qutb left their mark on the North African country, describing the decades preceding the independence of Egypt from Britain. He explains how at that time ordinary Egyptians perceived that the local elites had sacrificed national sovereignty “on the altar of narrow and parochial interests”.

Later on in the book, after describing how Nasser and Qutb left the scene, Gerges explores Egyptian history until the present day. In doing so, the author gives us an insight into the lasting influence of the two personalities. In this sense, Gerges engages one of the main polemics surrounding the figure of Sayyid Qutb by writing that “it would be misleading to assert a direct causal link between his revolutionary Islam and that of Al Qaeda or the Islamic State”.

If we are to highlight the most radical and original argument of the book, this would be Gerges’ assertion that Nasser and Qutb “could, in principle, have traded places with one another”. Gerges justifies this by unearthing Nasser’s participation in the Ikwhan (Muslim Brotherhood) in the early 1940 and young Qutb’s understanding of religion as a regressive force in the 1920s and 1930s. While Gerges seldom resorts to a counterfactual historiographical approach, he excels at communicating something we often forget; that the wheel of history does not turn in a preordained way.

Thus, the book challenges the conventional wisdom that presents a perfect dichotomy between two different ideologies, Arab nationalism and Islamism, represented by Nasser and Qutb. In fact, the author believes that the two movements could have been able to work together in the period following Egypt’s independence.

If this had happened, Gerges argues, “neither political authoritarianism nor religious messianism and nihilism would have been become entrenched in Arab and Muslim soil”. According to the author, the roots of the confrontation between Nasser’s pan-Arabism and Qutb’s pan-Islamism are to be found in a struggle for power. The ideological component of the confrontation only gained importance later.

“Making the Arab World” was published after a very long research project. We know this because Gerges explains in the introduction that he has been working on the book intermittently since 2006. But most importantly, we perceive this intense work in the final product of Gerges’s work. “Making the Arab World” is built on two main pillars.

The first is the use of secondary sources, most of them scholarly articles or books. The second is an impressive and wide range of personal interviews with some of the most prominent political and social actors of Egypt’s recent history. Ma’mun Al-Hudaybi, former Supreme Guide of the Ikwhan, or Mohamed Heikal, a close confidant of Nasser, are among the interviewed.

Fawaz Gerges makes use of the multiple interviews he conducted to contextualize and complement the historical narrative. An example of this can be seen when Gerges explains that Nasser did not discard cooperation with the United States after the Free Officers Revolution. He cements this assertion with the content of three different interviews that coincide in supporting the thesis. Gerges approaches the words of his interviewees with a critical eye, aware that they cannot be taken at face value. As a consequence, he highlights the contradictions that sometimes arise after juxtaposing different interviews.

The greatest shortcoming of Gerges’s work is most probably that the evolution of the Ikwhan as an international movement does not find its place in the pages of the book. The Brotherhood has been defined as a “collection of national groups with differing outlooks” because it has different national branches. While this definition may go too far, since the Ikwhan clearly has an Egyptian soul, it is important to note that the Islamist movement has shaped and been shaped by the wider Arab and Muslim world. This is exemplified by the case of Qatar. On the one hand, early in the formation of the Gulf state, Ikwhan members contributed to improve the education system. On the other hand, Qatar has often been a refuge for Ikwhan exiles.

All in all, if we analyse “Making the Arab World” in its entirety, what emerges is an incredibly well-researched and original work. Gerges’s book is undoubtedly a useful tool to understand both the past and the present of Egypt and the Middle East and North Africa region. As the Lebanese-American scholar notes, “in the wake of the Arab Spring, the Nasserist-Qutbian clash endures and shapes the trajectories of Arab politics”.

Title: Making the Arab World: Nasser, Qutb, and the Clash that Shaped the Middle East